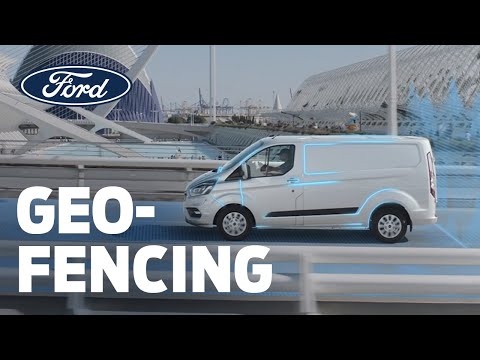 The geofencing tech need not only apply to city centres: vehicle operators can also create “green zones” to encourage low-emission driving near schools, playgrounds and warehouses. When the vehicle leaves a controlled zone, it automatically switches to the most appropriate drive mode for the next leg of the journey.

“Improving the quality of air – and quality of life – in our towns and cities is a goal that we all have a responsibility to drive towards,” said Mark Harvey, Ford’s European commercial vehicle mobility director.

“The Transit Custom Plug-In Hybrid and its new geofencing feature helps our customers to make a real contribution to that goal without compromising on efficiency or productivity.”

Low-emission zones are increasingly common across Europe as a way for cities to better manage the environmental impact of vehicles in urban areas. In the first six months of the London Ultra Low Emission Zone (ULEZ), levels of nitrogen dioxide (NO2) – one of the most harmful pollutants from vehicles – were found to have been reduced by almost 30 per cent.

The geofence module in the Transit PHEV records information about electric-only operation within geofenced areas, referring to a virtual fence or perimeter around a physical location. The encrypted data can be shared with authorities to confirm compliance with low-emission zone regulations, avoiding the risk of wrongful fines and penalties.

Both vehicles can be fully recharged in under four-and-a-half hours from a standard domestic mains supply, or in under three hours using commercial charging point. *** Further electrical energy is captured through regenerative braking when the vehicle decelerates or brakes.

Trials by Ford across Europe have shown how PHEVs offer a practical every-day solution for van owners and businesses working in the city, enabling them to complete longer journeys when required. As the vehicles aren’t reliant on charging infrastructure there is no range or charge anxiety, meaning they can deliver the best of both worlds: zero-emission driving capability with no compromise on getting the job done. There is no reduction in payload or load volume compared with a conventional diesel model.

The first electrified Transit in Custom PHEV has gone on sale in the UK in the nameplate’s 55th year as top-selling van. Since gaining Plug-in Van Grant eligibility in the Spring, More than 500 orders have so far been received for the hybrid, driving total Transit sales since 1965 to over 3,100,000*. Ford’s continued electrification of its entire vehicle range includes existing mild-hybrid two-tonne Transit and Transit Custom powertrain choices, as well as the announcement of an all-electric Transit BEV.

Contact Us
Enquire Now
Book a Service
Back to Top
Back
Vehicle Valuation
Compare Saved Vehicles
Top
Close
Your Cookie Settings
Select your cookie settings
Strictly Necessary Strictly Necessary cookies are essential to let you move around the website and use its features, such as accessing secure areas, shopping baskets and online billing. These cookies allow our website to provide services at your request.
Functional Functionality cookies are used to remember the choices you make, e.g. your user name, log in details and language preferences. They also remember any customisations you make to the website to give you enhanced, more personal features.
Targeting Targeting cookies collect information about your browsing habits to deliver adverts which are more relevant to you and your interests. They also measure the effectiveness of advertising campaigns.
Save Settings
Cancel Changes

Your settings will take affect when you refresh the page or move to a new page. Find out more about cookies