A new 360° video from TyreSafe shows the startling difference in braking distances between tyres just below the legal limit and those with full tread.

The film has been devised to immerse viewers in the action, so they can safely experience for themselves the lack of control provided by tyres with dangerously low tread depth. The film builds to a dramatic climax as the test car careers through a purpose-built wall – out of control and unable to stop in time.

Following the controlled incident, viewers can see for themselves how much further it has travelled before coming to a stop compared with the car equipped with almost new tyres – a full 14m, practically a bus length.

“TyreSafe 360 brings to life the risks of driving with tyres approaching, or just under, the minimum legal tread limit in a way which has never been done before,” Stuart Jackson, the Chairman of TyreSafe, said.“Viewers using VR goggles especially will be far closer to the real-world experience of being out of control, as the braking and steering systems of the car can do nothing to help them avoid an impact in wet conditions.

“The vulnerability and helplessness a driver feels under these circumstances is something we hope viewers take on board after watching, and that they are encouraged to carry out the regular tyre safety checks.”

There are three key elements to check:

TyreSafe 360 is available as an app from the Apple Store, Google Play and on TyreSafe’s YouTube channel. 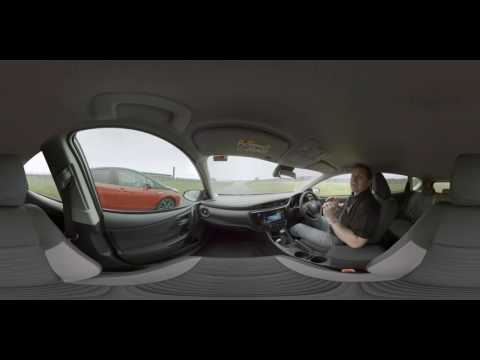